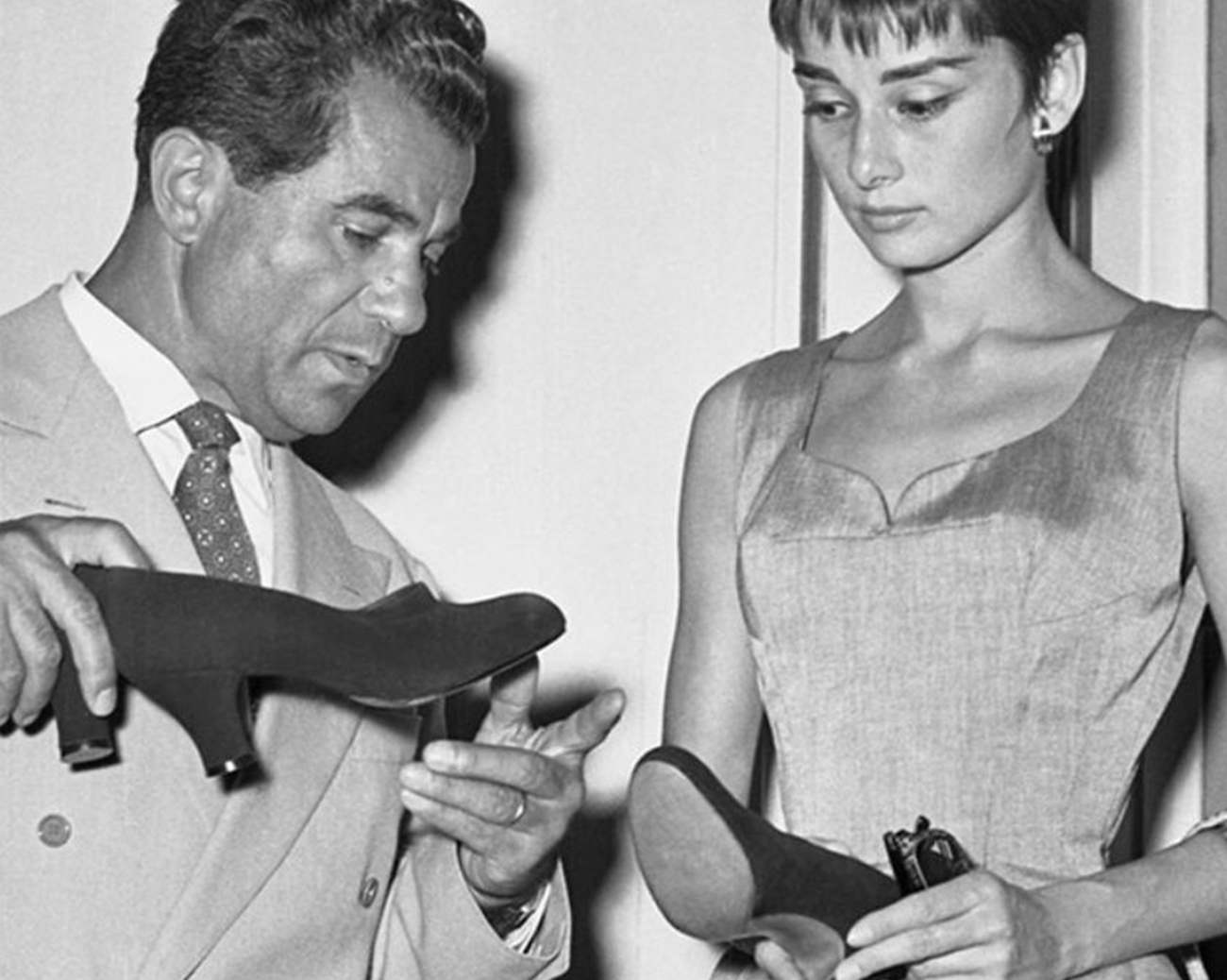 We’ve mentioned Salvatore Ferragamo on many preivous occasions; the man known as the shoe designer to the stars and creator of the prestigious company that’s as on trend today as when it began. Want to know more about Ferragamo? Keep reading!

The boy that dreamed of designing shoes: from Campania to Hollywood

Salvatore Ferragamo was born in 1989 to a large family in Bonito (Avellino, Campania), a small village about 100 km from Naples. The 11th of 14 children, he developed a passion for shoes from a young age: when he was 11 years old, he worked as a shoemaker’s apprentice in Naples, and when he was 13, he returned home to his village of Bonito to open his own shop. 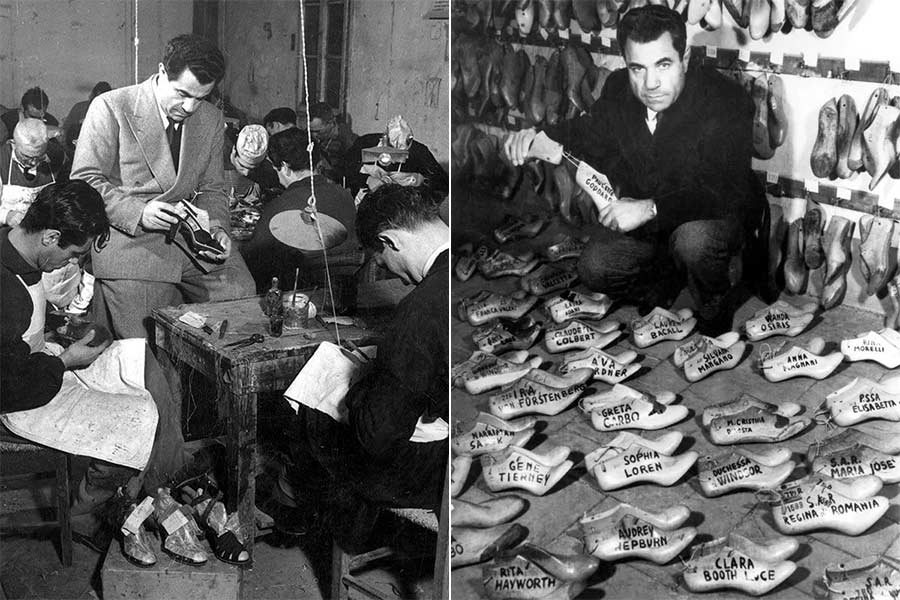 When he was 16 years old, he decided to follow in the footsteps of one of his brothers and work at a shoe factory in Boston. There, he learned all about industrial manufacturing processes, but also the harm this caused to the overall quality. It didn’t take him long therefore to make the journey over to California and open his own workshop.

Salvatore Ferragamo was keen to leverage the emerging film industry, which saw it’s definitive move to Hollywood whilst he was living there. Subsequently, he began to collaborate on set as a shoe designer, as well as studying anatomy, chemistry and maths at university at the same time. 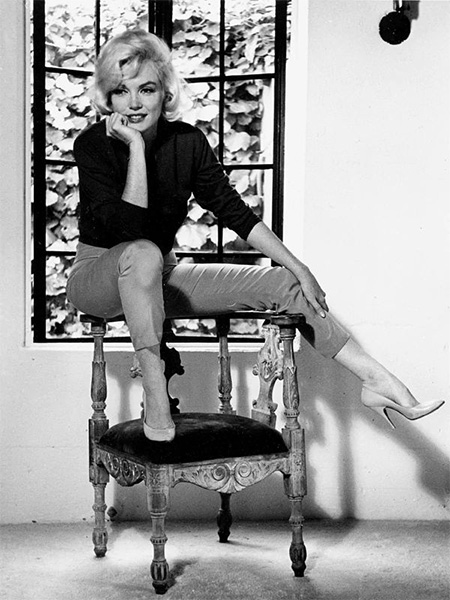 In 1923, Ferragamo opened Hollywood Boot Shop and soon became the stars’ favourite shoe designer. As we mentioned before in our post about cowboy boots, he worked for the legendary producer Cecil B. DeMille, whose designs he held in high regard, as well as being fascinated by his incredible court shoes.

Thanks to his wealth of knowledge, he knew how to improve the models anatomically, creating both beautifully crafted and comfortable footwear, something over which he became somewhat obsessed. Sisters Marie and Lottie Pickford, two red-carpet celebrities of the time, greatly trusted Ferragamo’s creations, as did many other stars. However, Salvatore decided it was time to go home.

The shoe designer to the starts returns to Italy

In 1927, Salvatore Ferragamo settled in Florence where he set up a studio that he adapted to match the production line he’d come to know in the United States, but this time, his employees handcrafted each and every piece. As such, he was able to guarantee the highest-quality production. 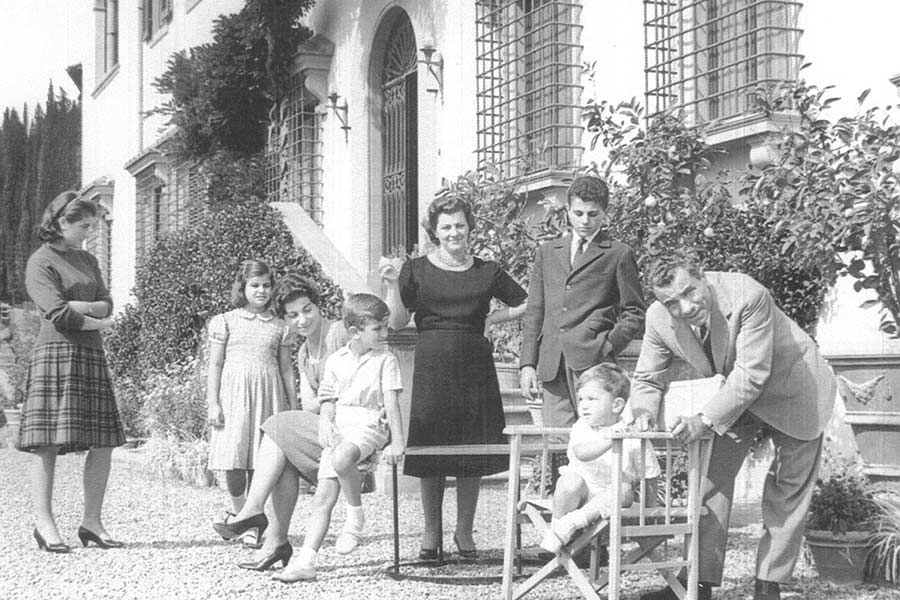 Even the crash of 1929 and the uncertain times under Mussolini could not stop Ferragamo. Dedicated to the single market and limited editions, he designed some of his best known pieces and innovations, such as the wedge sandals. Thanks to his continued success, in the 1930s he took over the emblematic Palazzo Spini Feroni, the company’s headquarters and its current museum.

Salvatore Ferragamo became a symbol of a return to normality in post-war Italy. His relationship with Hollywood became strong once again: in fact, his wedge sandals (the Rainbow), were designed exclusively for Judy Garland. What’s more, Palazzo Spini Feroni was visited by the likes of Audrey Hepburn, Ava Gardner, Greta Garbo and Sophia Lauren. 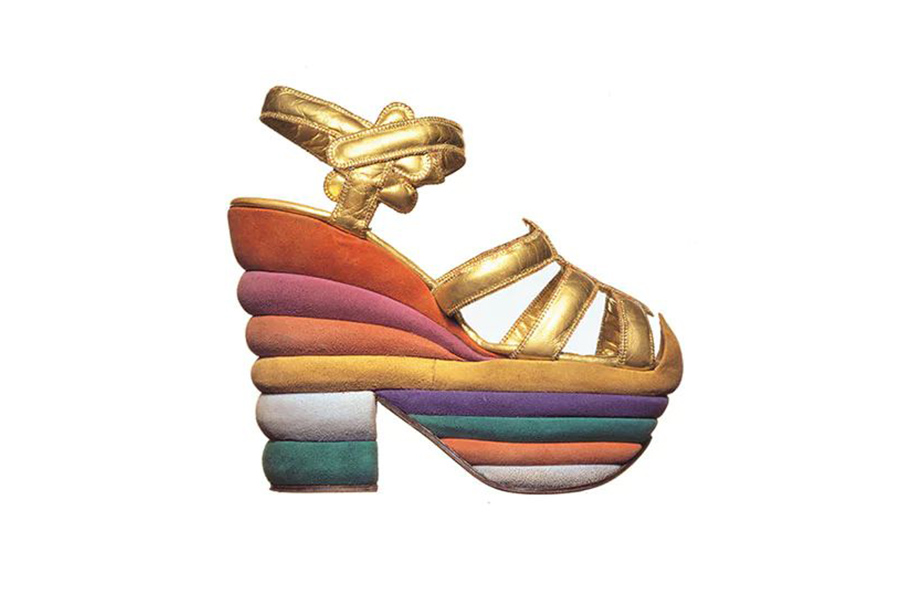 Ferragamo’s hypnotic reinforced stiletto heels shot to fame when they were worn by Marilyn Monroe. Some of Salvatore’s other unique creations include the invisible sandals (which earned him the first Neiman Marcus Award given to footwear), the shell-shaped sole or the fur-lined heel, with a only enough of a sole to protect the exact points that hit the ground.

Salvatore Ferragamo died in 1960, but his legend has lived on with his family. In fact, his wife, Wanda, took it upon herself to fully enter the fashion market, as Salvatore had always wanted. His daughter Fiamma Ferragamo showed great talent and made a name for herself designing shoes, clothes and accessories. 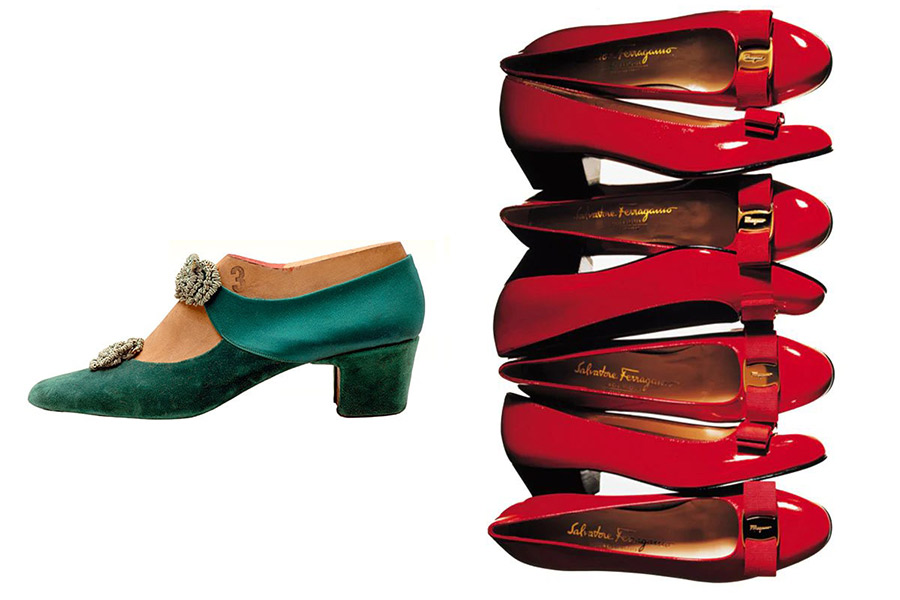 Among Fiamma’s innovations is the open-toed court shoe, which won her the Neiman Marcus Award 20 years after her father. She is also responsible for the Vara bow pumps, now considered to be the best selling shoe in the world.

Even today, the Salvatore Ferragamo brand remains a benchmark in fashion and his shoes still appear regularly in Hollywood productions. The shoe designer to the stars left an indelible legacy and imprint that still remains perfectly in tact today.

*Many of the images in this post come from and belong to the Salvatore Ferragamo Museum website. Take a look and get lost in the fascinating archives.