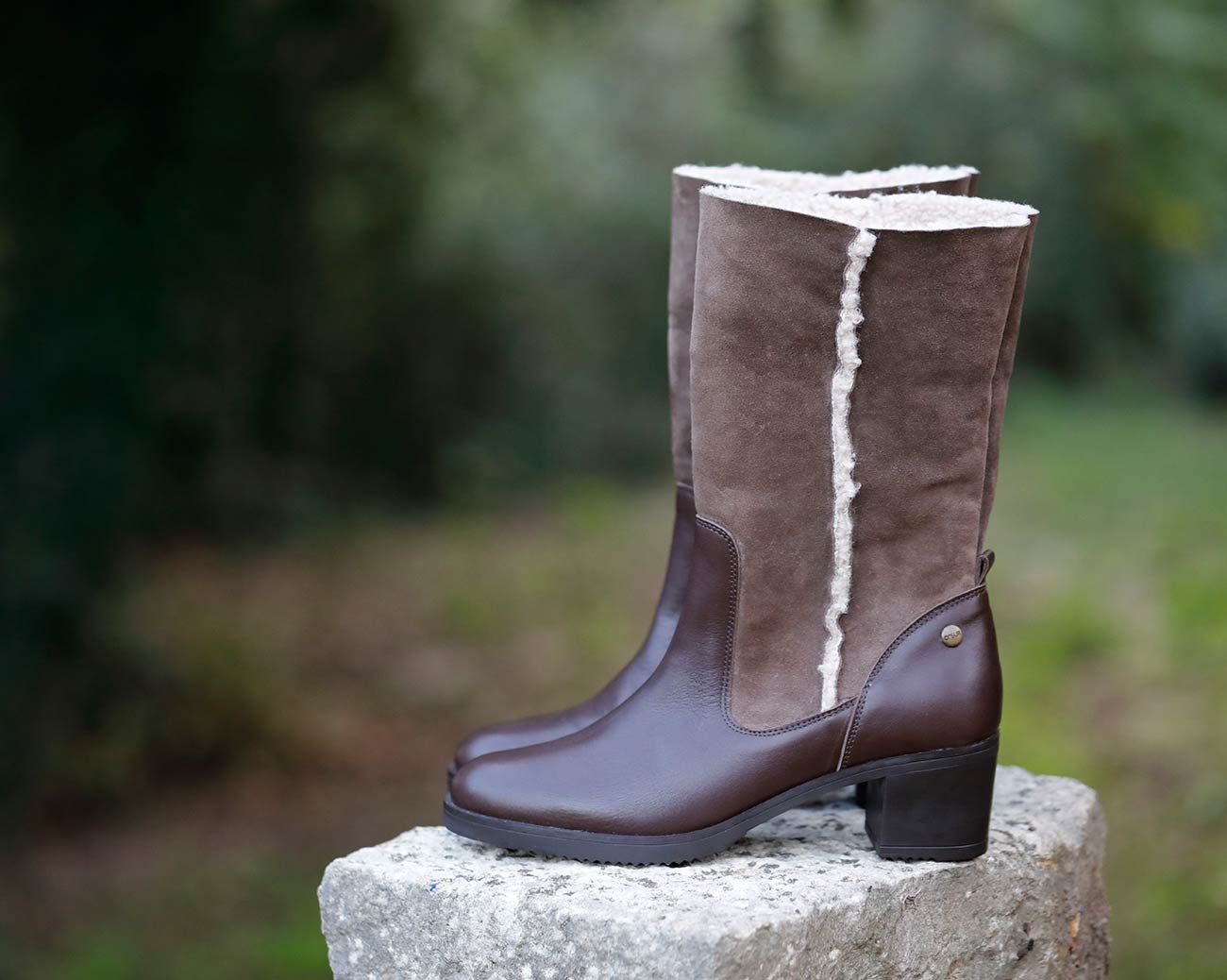 How did the design of our contemporary boots first come to pass?

Contemporary boots form part of our everyday lives: in the countryside, in the city or on the catwalk, they’re an irreplaceable wardrobe staple. But, did you know that their original design was 100% functional and that the story behind our contemporary boots is inextricably linked to the military?

This is the first in a series of posts on the history of contemporary boots, such as our own models: Alba, Aldaia, Corfú, Belmonte and Cerdeña. So, if you want to discover how the twentieth century inspired their modern-day look, keep reading!

Boots: an evolution in step with military attire

Our first encounter with what we might consider to be contemporary boots, was in the Roman legions. In the fields of Northern Europe, Roman soldiers were obliged to abandon their iconic Mediterranean sandals and protect their feet with a closed shoe that would keep them warm. 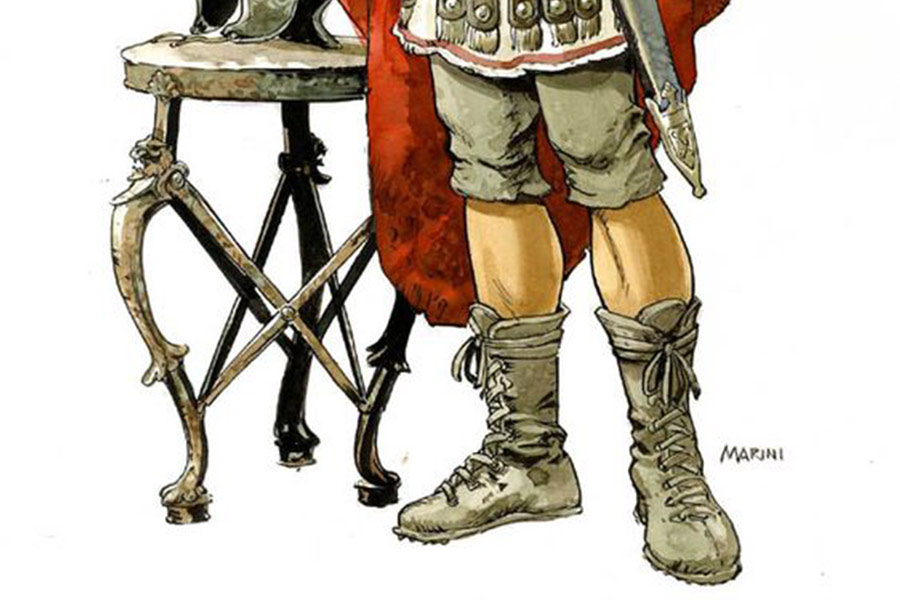 An interesting and revealing anecdote tells of how Julius Caesar, who fought in frosty temperatures during the Gallic Wars, is said to have worn a pair of boots made from pure gold.

An important milestone in our boots’ evolution was during the Napoleonic Wars. Napoleon Bonaparte took great pride in his troops’ appearance, right down to the last detail. In fact, he presented each and every one of them with shining boots that complemented their imposing uniforms.

Then, there was Arthur Wellesley, Duke of Wellington, a renowned figure in the evolution of military attire who was greatly concerned that his British soldiers were well prepared for the battle field in terms of their footwear. 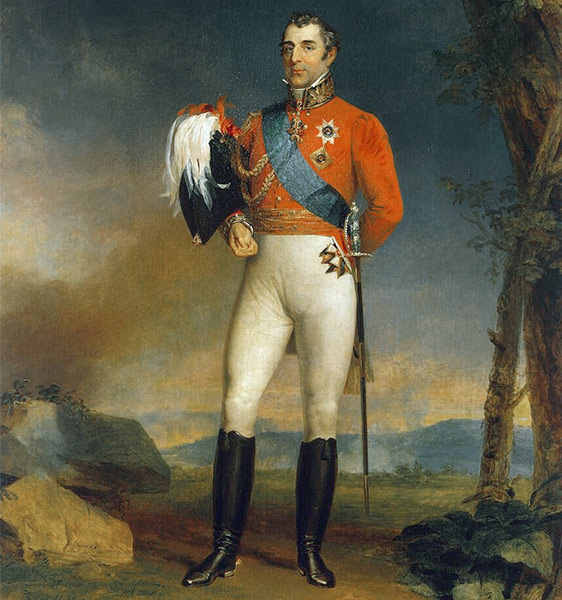 Arthur Wellesley transformed traditional Hessian boots into a leather riding boots, which were a much snugger fit. Eventually, of course, they became known as the famous Wellington boots, which, baptised in his honour, are today made in rubber to protect us from the rain.

Another period in history that marked a big change in boot design was the Second World War, which saw this practical model branch off in two different directions. On on hand, the Nazi uniform became renowned for its tall, striking black boots that would be an iconic look for years to come. But in contrast, the western allies chose more practical and durable ankle boots.

Examples of Nazi uniform and their imposing boots

In the words of United States’ general, Patton: “a soldier in shoes is just a soldier, but in boots he becomes a warrior”.

Worker, riding and cowboy boots before the XX century

Work boots, like those worn by minors and labourers, have always been designed to be hard-wearing and functional. They are made with a tougher leather and with reinforced toe caps. These boots, a cruder version of their more contemporary counterparts, evolved to become part of a private’s uniform during the XIX century.

Riding, police or military boots were tall and made from a thinner fabric so that the rider could maintain contact with their horse. Interestingly, they were often decorated and could be folded down to reveal the interior lining, sometimes in a different colour, a feature that we have maintained in our contemporary designs. In fact, in the army, tall riding boots were a symbol of rank until the First World War. 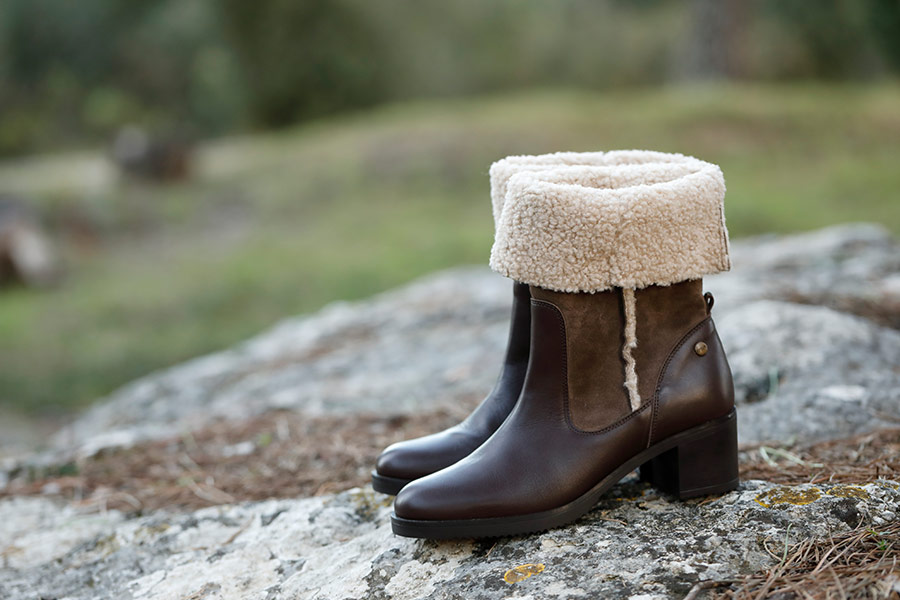 Cowboy boots have a completely different story. What initially comes to mind are the images we’ve seen in films: in reality, original cowboys would wear any shoes they could find, at least until they started to adopt US military boots at the end of the XIX century.

However, American cowboys also created their own versions of Mexican cowboy boots, with a lower fitted section in the shape of a regular shoe and a slanted heel to increase their grip in the stirrups. Over time, this heel became lower and the boot itself became taller, eventually being constructed from stiff leather. This is what’s known as the kip boot, based on northern European climbing shoes. The most popular design was Coffeyville, a blend of the American model and that of Wellington. 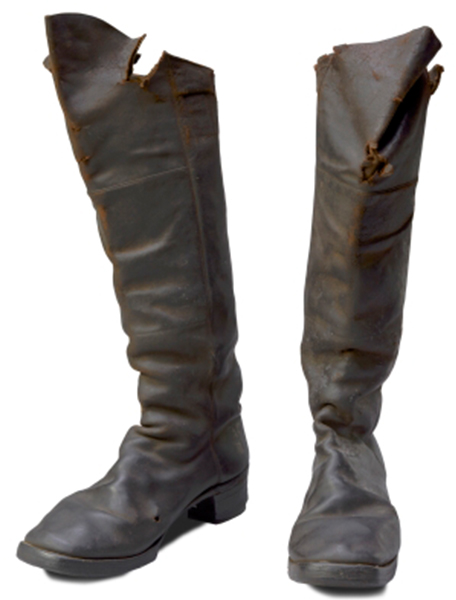 An example of the Coffeyville boots we might see today

Another hugely popular model was the saddle dandies, with a heel that could measure up to 10 cm. However, these were always made in smooth leather: it would be a few years yet until they created the iconic boots we know from the films!

In posts to come, we’ll start to look back over the history of contemporary, twentieth century boots, when they really started to be seen as a fashion statement. Keep an eye on our blog!