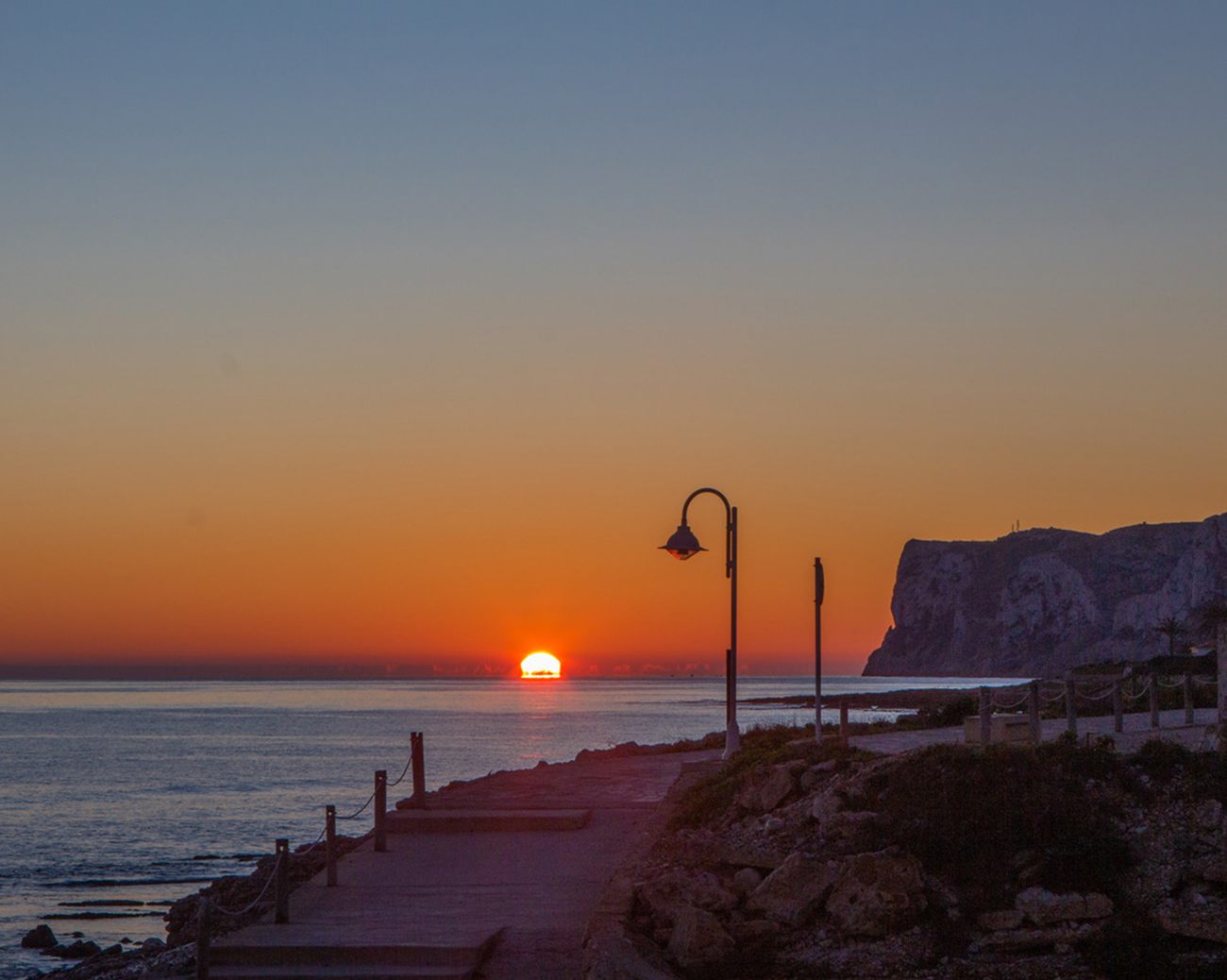 Discover the Mediterranean city our Denia sandals are named after

The Denia sandals from our Desiderata collection take their name from one of the most iconic cities on the Mediterranean coast. Capital of La Marina Alta, Denia encapsulates the essence of the sea-bathed lands that inspire all of O.SUR’s designs.

Want to learn more about Denia and find out why we chose this name for our one-of-a-kind sandals? Read on!

Denia, pure Mediterranean charm thanks to its history and surroundings

Denia is located in La Marina Alta, a region in the province of Alicante, near Valencia, with unique geographical traits that afford the city extraordinary surroundings and uninterrupted contact with both the Balearic Islands and numerous Mediterranean towns.

The Montgó Massif, now a breathtaking natural park, towers over Denia at 750 metres tall. The descent from the mountain to the sea forms Cape San Antonio, which is home to an unusual marine reserve.

Denia was first founded as the Roman city of Dianium (1st century BC to 6th century AD), keeping its name throughout the period of Byzantine rule over the area. After a brief Visigothic period, the 8th to 13th centuries saw the city transformed into the Muslim Daniya. This was a splendorous time for the city’s port and urban growth.

James I of Aragon conquered Denia in the 13th century. In 1580, Miguel de Cervantes disembarked in its port following his time in captivity in Algiers. In the 19th century, Denia’s raisin trade extended across Europe, giving a serious boost to the city’s economy. When the grape phylloxera pest brought an end to the raisin industry, Denia went on to commercialise toys before eventually settling on the tourism industry that prevails today.

Despite its tumultuous past, seafaring and fishing have always remained at the city’s core. This, coupled with the numerous cultures that have passed through Denia and the towering Montgó, has impregnated the streets with the pure essence of the Mediterranean.

An inspiring stroll down Denia’s streets and beaches

A spellbinding example of Denia’s magical charm is its castle, which dates back to the Muslim period. It is a veritable fortress that dominates the city skyline. Meandering through its nooks and crannies invokes memories of times gone by. Nestled within Denia’s urban environment, the castle’s lookout offers incredible views of the city, the beaches and Montgó. 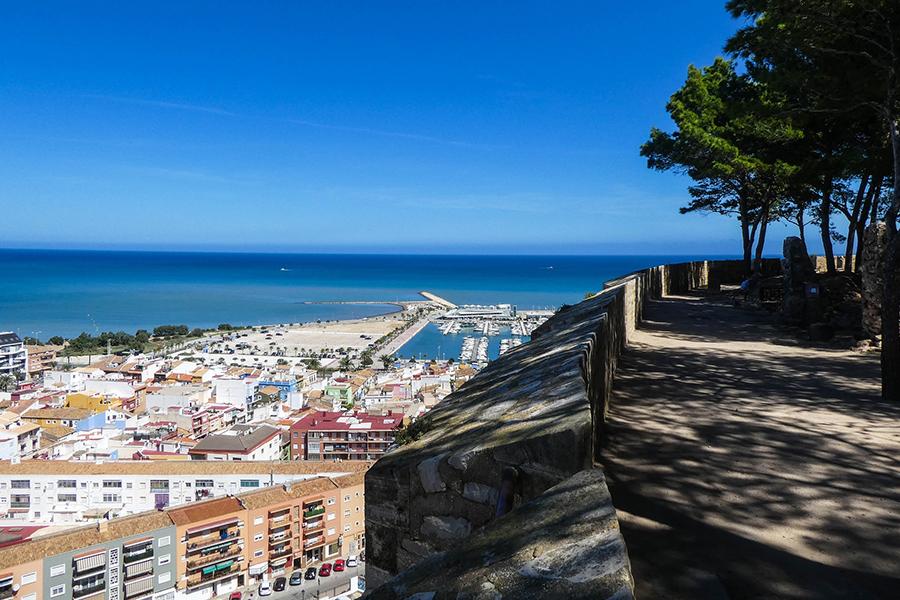 The city’s historical centre gives visitors the chance to soak up Denia’s personality and delve into its history across the years. A simple wander through its streets is all it takes to discover 18th- and 19th-century homes that showcase the wealth that the raisin trade generated. What’s more, in Plaza de la Constitución, one can visit the city hall building and the Iglesia de la Asunción church.

The Les Roques district, once the Muslim raval, acts as a threshold into the castle. Its characteristic light-coloured, low-roofed homes are bursting with personality, connecting you instantly to other inspiring places on the Mediterranean coast. 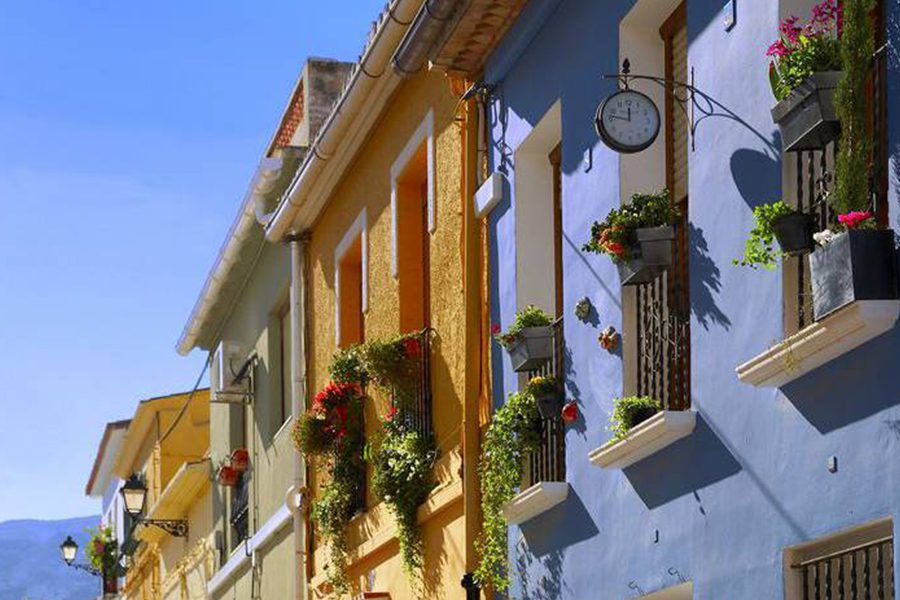 Those looking to revel in the city’s fishing spirit should visit the Baix la Mar. Once part of the raval’s sea side, this quarter’s streets are lined with colourful low-roofed houses and picturesque squares, including Plaza Sant Antoni and Plaza de la Creu. While you are there you can take advantage to visit the port and the well-known Lonja, or local market, where you can find emblematic products like Denia prawns.

And what about its famous beaches? The municipality’s almost 20 kilometres of coastline, divided into two areas, are home to some of the best beaches on the eastern seaboard. In the north there is the Las Marinas area with beaches like Punta del Raset and Les Marines. In the southern Las Rotas area, you will find the Marineta Cassiana beach and astonishing rock coves like El Trampolí. 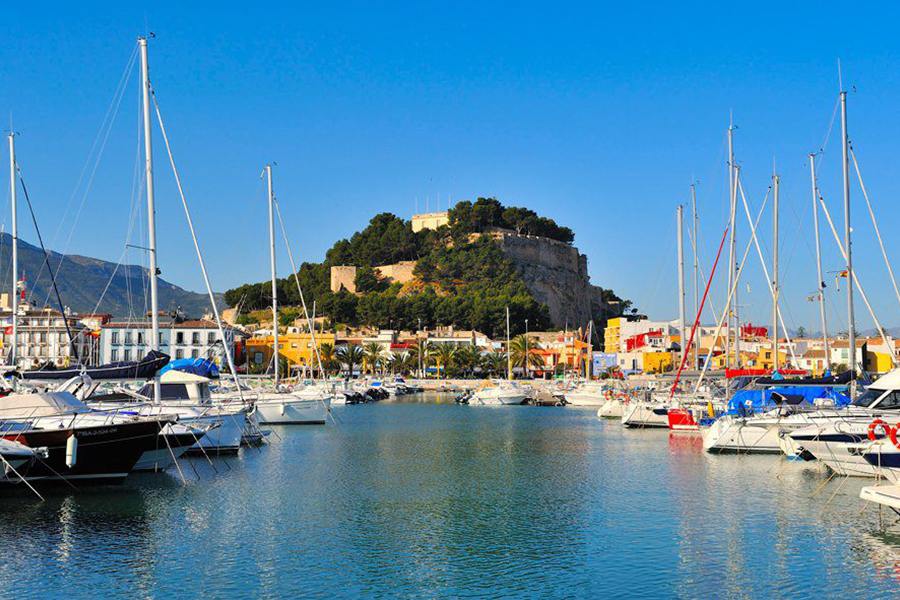 Denia breathes pure Mediterranean charm. After walking down its streets and aweing at the influences left by the civilizations that have called Denia their home, why not head to the beach, kick off your sandals, feel the sand between your toes and soak your feet in the salty waters of the immense Mediterranean Sea? No doubt you will get why our new sandals are named after this beautiful city!