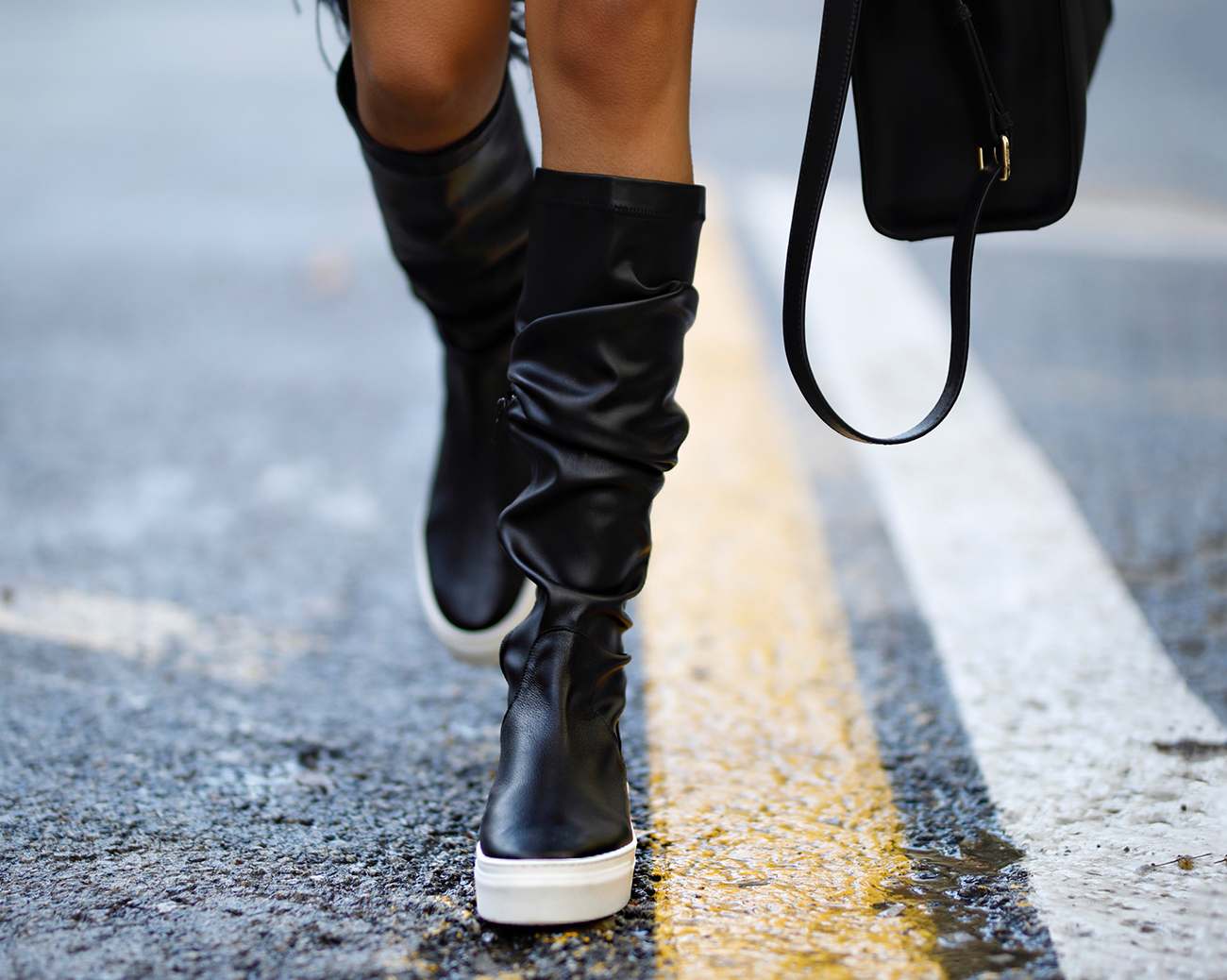 Designer boots from 1950 onwards: an explosion of creative freedom!

Boots waned in popularity during the rise of Nazism and Fascism, as they were strongly associated with these movements. In the 1950s, as people were starting to get over the War and a new generation was emerging, their popularity underwent an exponential growth once again, decade after decade. In fact, designer boots went through a period of great creative freedom!

Want to know how this shoe was transformed during the second half of the 20th century? Keep reading to find out more!

Boots’ first comeback outside the military world was in sport. In particular in the US, basketball models in the Converse’s Chuck Taylor All-Stars collection became very popular among high school, university and professional players. 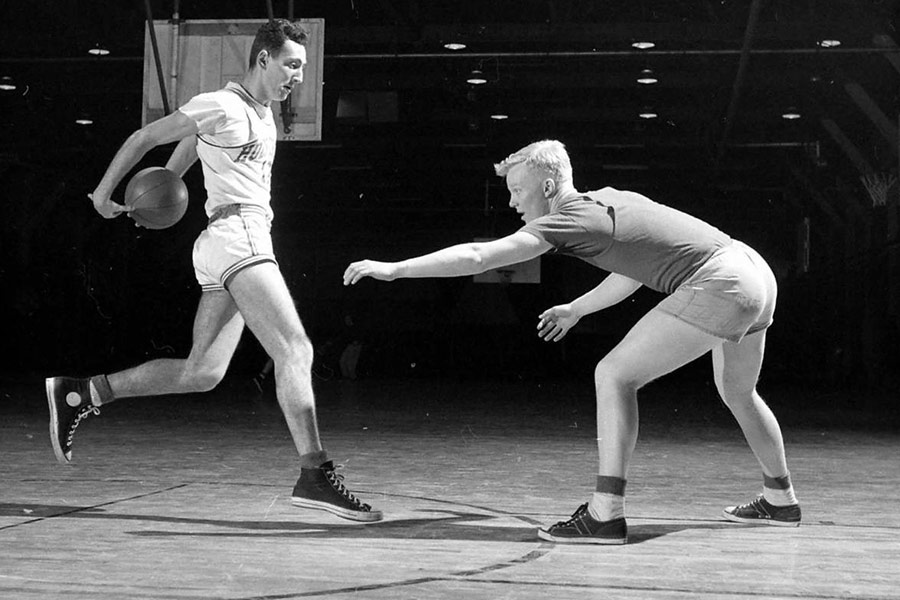 Meanwhile in the UK, Desert Boots broke onto the scene; a modern version of the Chukka that was used to play polo. They tended to be ankle boots made from suede with only two buttonholes and a rubber role. The company C. & J. Clark marketed the shoes with great success throughout the 1950s.

The next 10 years saw an explosion in style, with the youthful craze championed by The Beatles and other groups that formed part of the so-called British Invasion. Chukka boots were transformed and new versions were brought out, reflecting the evolution in the design of men’s trousers. 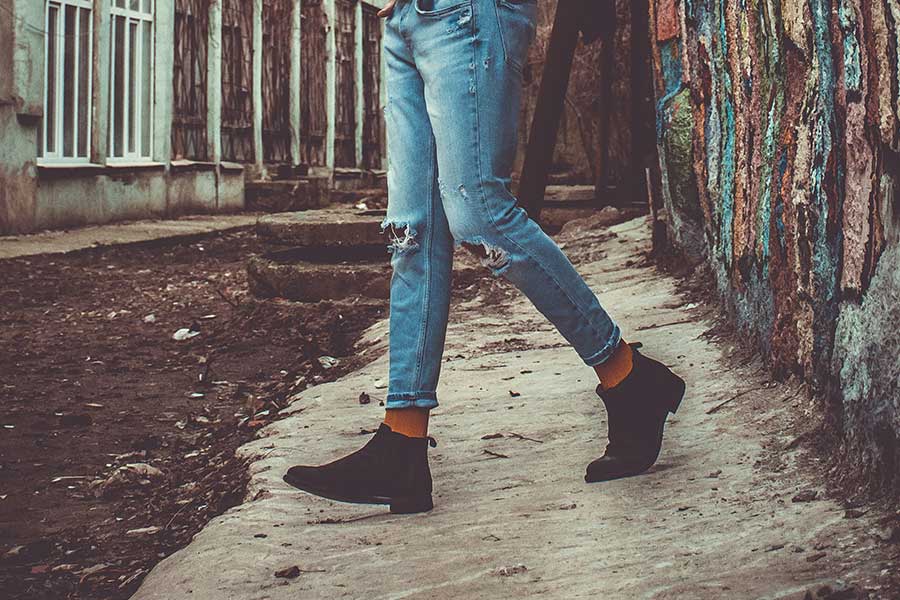 That being said, Chelsea boots were the craze per excellence of this era. The first to return were an modern version of those used for horse riding at the beginning of the century, with their characteristic elastic sides allowing the rider to remove them quickly and avoid injury.

Chelsea boot designers soon transformed their rounded toe into a more pointed one (winklepicker), or even a square toe. The Beatles helped popularise a model with a Cuban heel upon their famous arrival in the United States in 1964, so much so that this type of boot was named after the band on the other side of the pond. 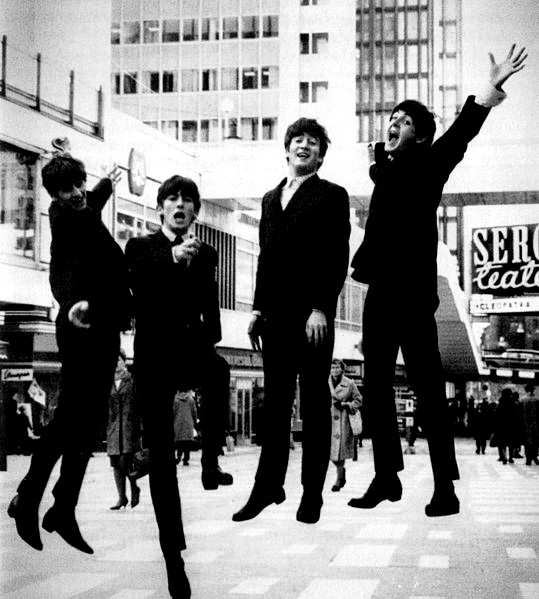 Cowboy boots also made a comeback with designs for bikers, something we’ve written about before, which you can read here.

From the end of the 19th century, ankle boots came back with a bang in 1961 and were worn with jeans and other trousers. However, what really characterised the beginning of this decade was the elongation of the boot, which reached even up to the thigh and was made particularly popular by Brigitte Bardot. 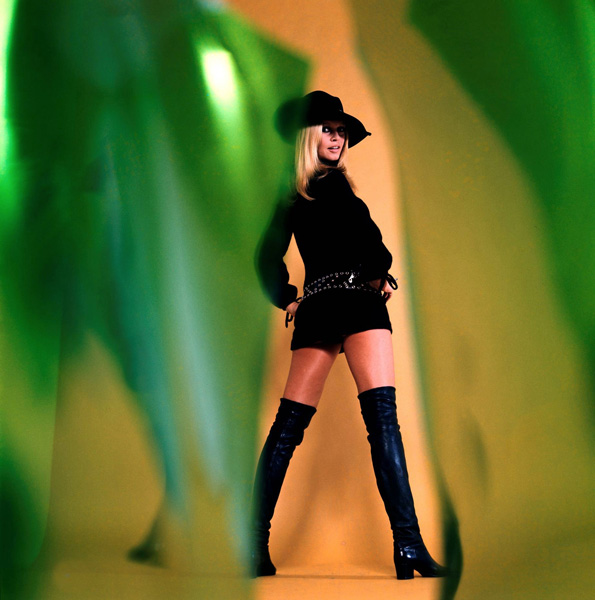 Other striking designs, generally in soft fabrics, included Courreges’ space boots with a Velcro fastening, or the revival of lace up boots from the beginning of the century, which were tied tightly around the leg and looked great with the long skirts.

Space boots were the precursors to high platforms designed with extravagant fabrics and zippers, such as the go-go boots whose platforms measured 5 cm in height. Glam fashion marked the beginning of the following decade and was championed by stars such as David Bowie wearing platforms of up to 10 cm high. Both men and women were huge fans of these trends! 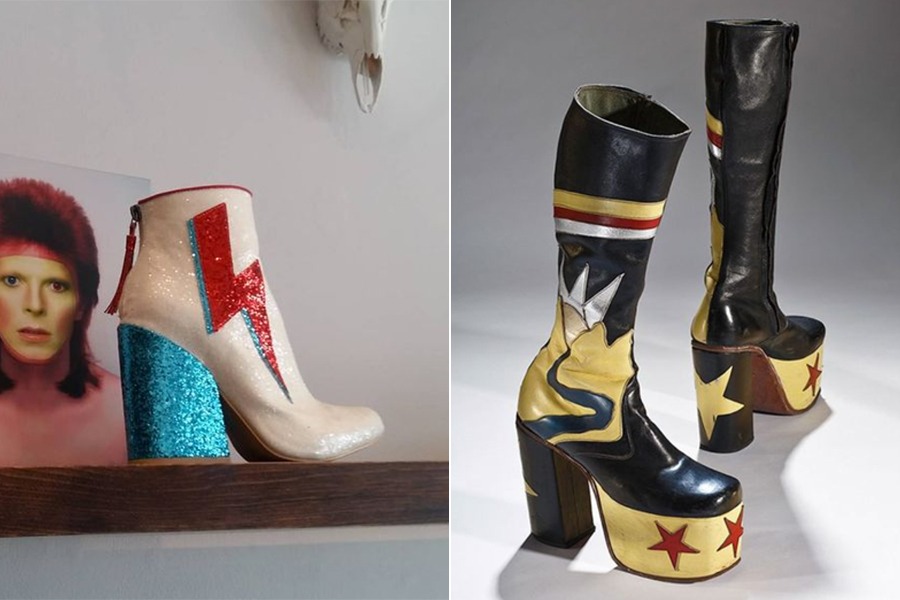 The oil crisis of the second half of the 1970s gave impetus to movements such as punk, which were characterised by quite a harsh aesthetic. Malcolm MacLaren, the creative genius behind The Sex Pistols, and fashion designer Vivienne Westwood, opened their shop, Sex, in London, launching S&M inspired boots into the market covered in zips and pointed studs made in checkered fabric or black leather. 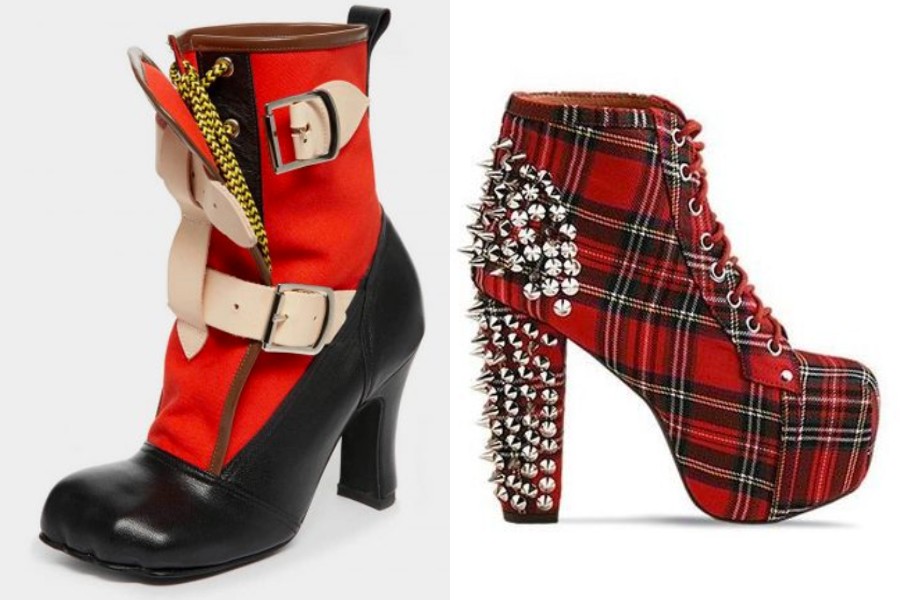 Alternatively, urban tribes such as skinheads, but also many punks and hardcore musicians, became synonymous with Dr Martens. This comfortable boot, designed for walking and made in Germany, became an icon in the 1970s and 1980s and is still popular today among both men and women. 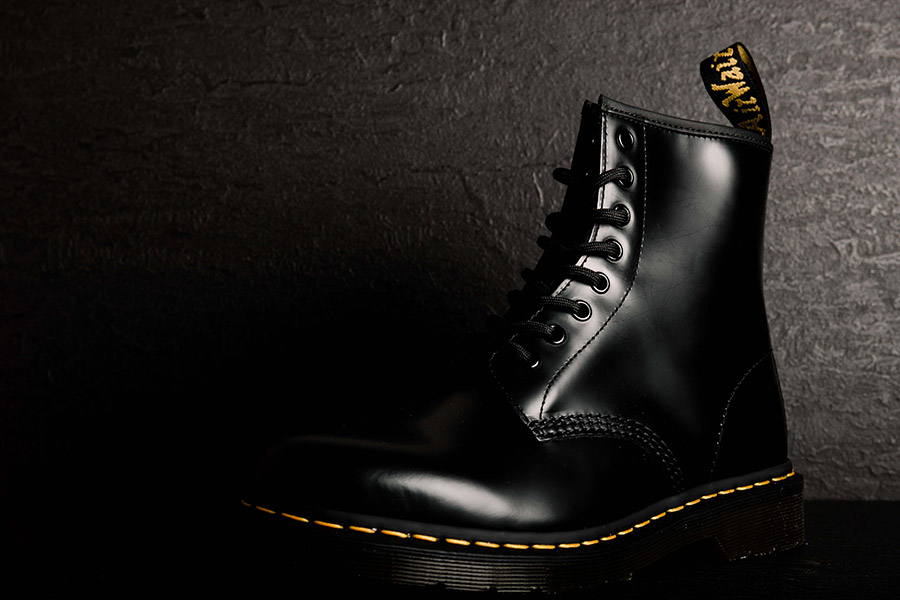 Timberlands are the North American version of Dr Martens. The company was founded in the 1950s by the Swartz family who produced work boots for other manufacturers. When their sales began to drop, they decided to appeal to the nostalgia of the American pioneer past to launch their own models. Almost immediately, Timberlands became a symbol of nature lovers, riding the green wave that has flooded the world for the past 60 years. It is the eco-warrior’s go-to boot! 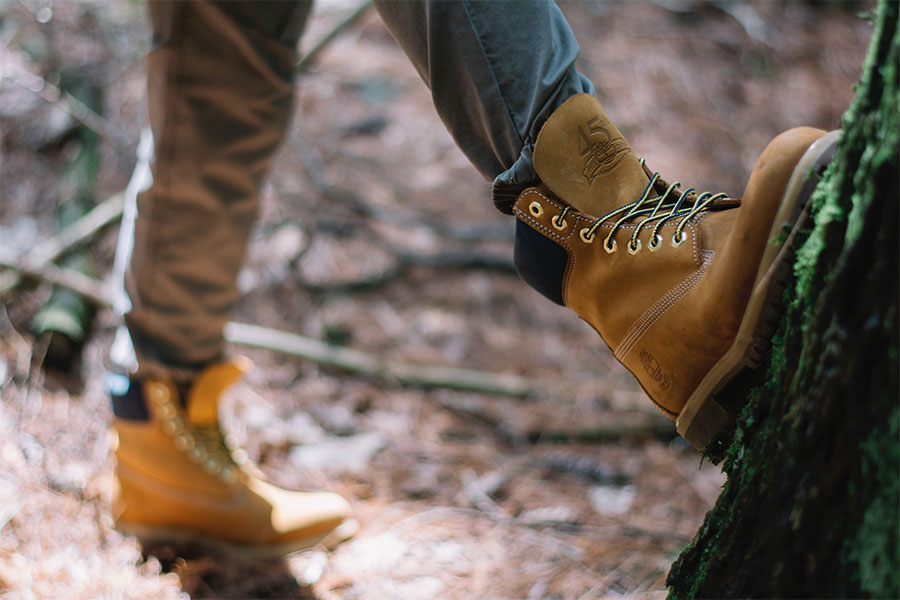 This O.SUR journey cannot be fully appreciated without seeing our other posts in this series, which you’ll find listed below. You can’t miss the one about cowboy boots either, a North American symbol that made a huge comeback in the 90s. From here on out, we’ve seen revivals and reappearances of different designer boots, but we’ll have to leave these stories for another day!