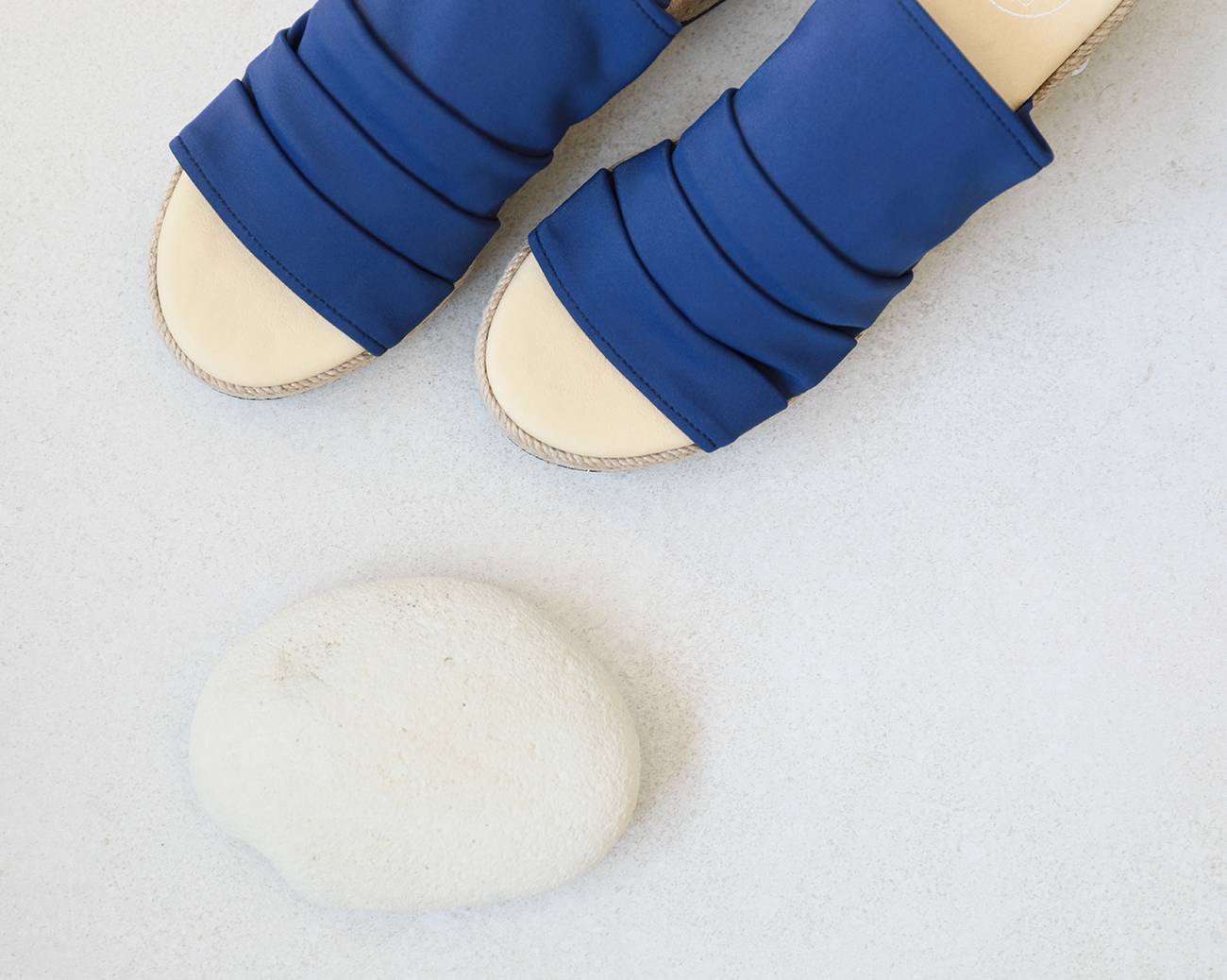 Delve deeper into the history of our classically inspired sandals!

Our newest sandals, Dara and Denia, draw inspiration from Greek and Roman culture. At O.SUR, we want to take you back to those times, to discover the history and tradition that breathe life into our designs. In our last post we explored sandals’ origins in Egypt and Greece, and now we are off to Ancient Rome!

Classically inspired Greek sandals: the most voguish footwear in Rome

As they did with many cultural features, the Romans adopted and reinterpreted Greece’s traditional footwear, both in terms of its design and the meanings, uses and customs attached to it. For instance, they upheld the Hellenic symbolism given to the right and left feet.

Sandals were Roman citizens’ favourite type of footwear, with different designs and models worn to fit the occasion and flaunt one’s social class. The most widely used sandal was called a solea or soleae (in plural), which consisted of a simple sole bound to the foot with leather straps. Thanks to their simplicity, soleae were highly versatile and designs abounded, as did the types of material used to craft them. 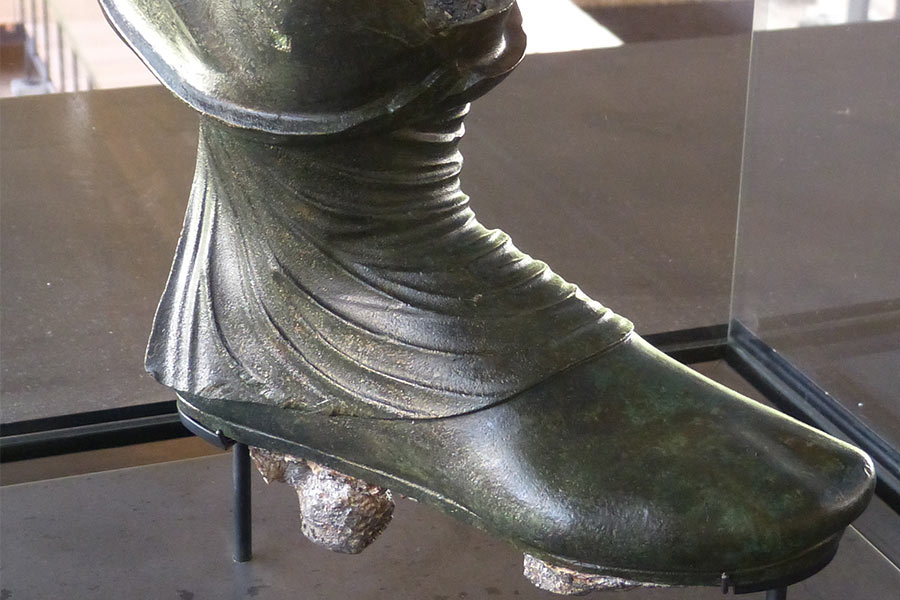 The closed shoe known as calceus (or calcei in plural) was also of great importance. Calcei had been passed on to Rome from the Etruscans and were the chosen footwear to pair with a toga. These shoes served as a symbol of distinction for upper-class men, as it was frowned upon to leave one’s abode in simple soleae.

Like in Greece, you could tell a lot about a person’s social status based on the shoes they wore. The patricians went so far as to don sandals with soles made of silver or gold, and even decorated them with pieces of ivory and gemstones. The colour of a man’s calcei could also indicate his rank. For instance, red meant he was a senator, whilst black signified his part in the equestrian order. Meanwhile, the plebeians had to content themselves with cruder materials.

For example, the poorest citizens wore the cothurnus, a type of wooden clog, and most of the working class used a strapped sandal known as the crepida. This was already a sign of distinction, as slaves were forced to go barefoot and would instead cake their feet in chalk or gypsum. 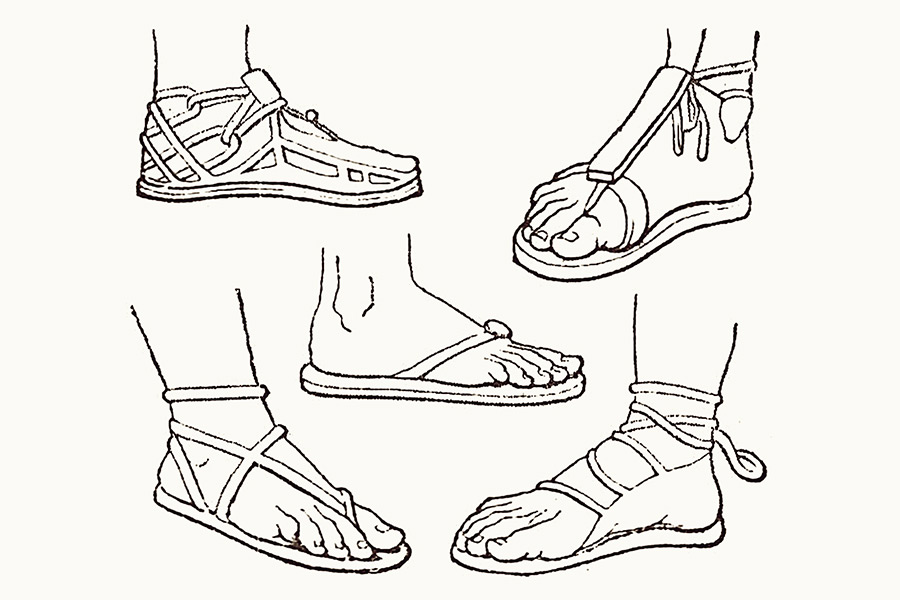 Sketch of different types of soleae

Military caligae were a robust model of sandal: the straps wound their way around the ankle to better support the foot and a hobnail was used to reinforce the sole. A distinguished, elegant model also existed for women.

The great figures of Rome did not typically wear sandals in public, despite their popularity and the availability of extravagantly decorated, stylish models. Such footwear was relegated to the home, reflecting informality. 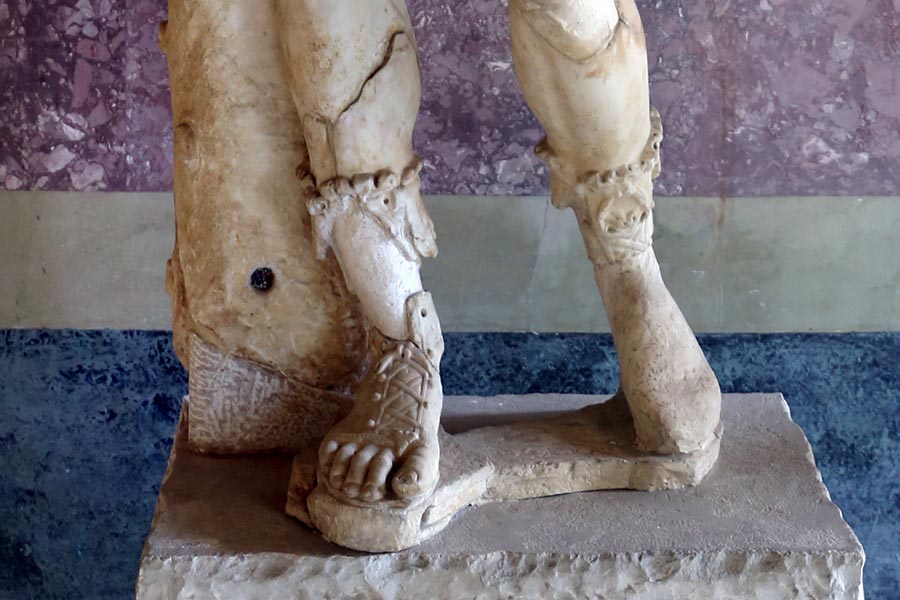 Detail of a statue of Germanicus by Sailko / CC BY-SA

In fact, Tiberius, Caligula and the prominent general Germanicus were criticised for regularly wearing sandals in Greek style at their public appearances. Representations of these men donning such footwear exist today in sculptures.

However, this was not the norm. One good example was the fact that high-ranking citizens would make their servants walk their sandals to the host venue when they attended banquets or parties. When they arrived, they would remove their shoes and replace them with the soleae. Finally, they would go completely barefoot before moving into the dining room. Asking a servant to bring them their sandals was a way of insinuating their intention to depart. 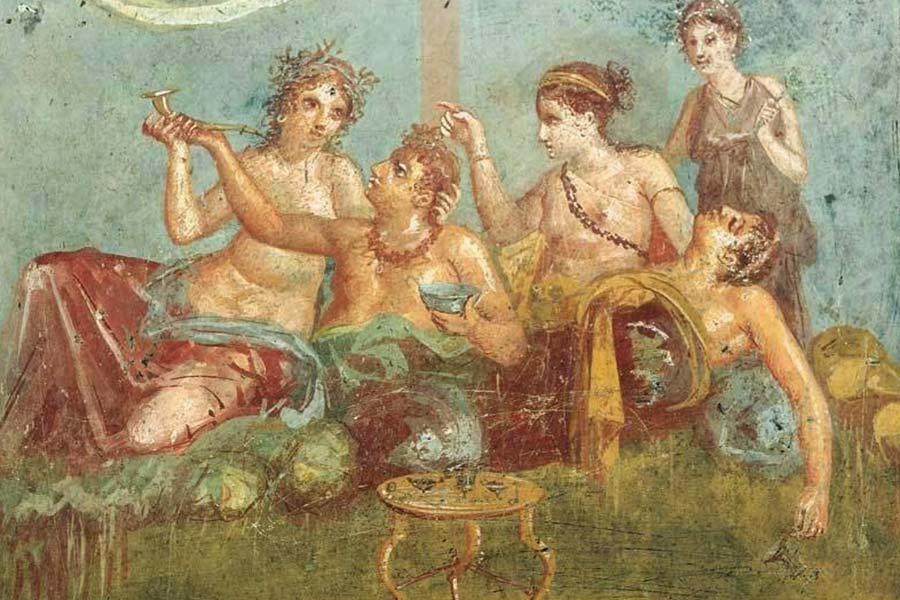 The Roman Empire: craftwork, fashion and the importance of sandals

Rome was known to spread its great advancements throughout its empire, and innovative footwear was no exception. Although the identity of the inventor of vegetable tanning remains a mystery, the Romans were quick to make the process their own.

This chemical process for treating leather is much more material-friendly than smoke, oil or fat tanning. The result is flexible, waterproof leather that is resistant to decay. 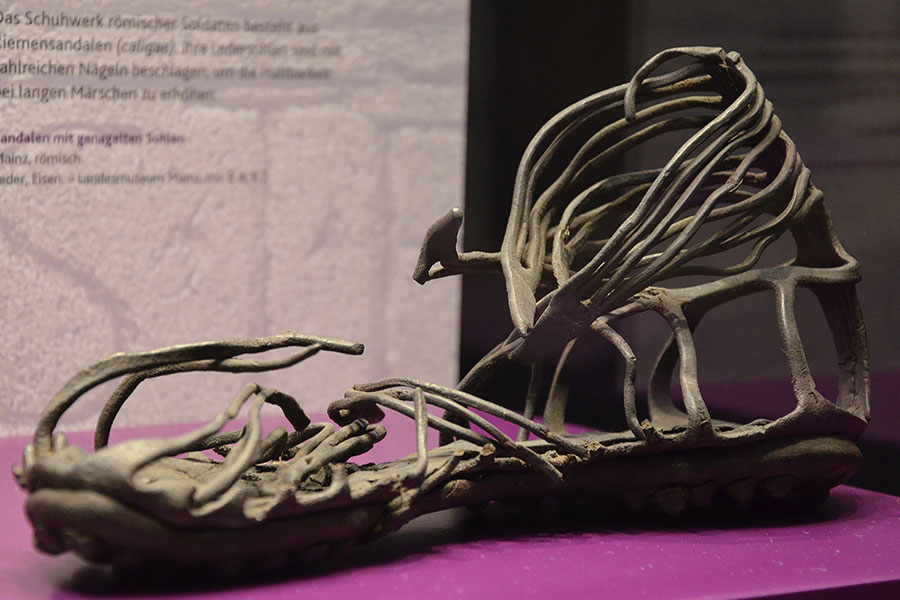 The spread of this process, as well as the design of sandals and other footwear made with this new leather, helped to further craftwork and gave rise to a budding fashion industry. It is interesting to think that the Romans were the first to generalise the use of several different pairs of footwear depending on the circumstances.

The caligae we spoke of above were used by soldiers from Britannia to Persia, symbolising power and Roman conquest. Caligula himself would go down in history with this name because of the small caligae he donned during the military campaigns he waged alongside his father, Germanicus Julius Caesar. 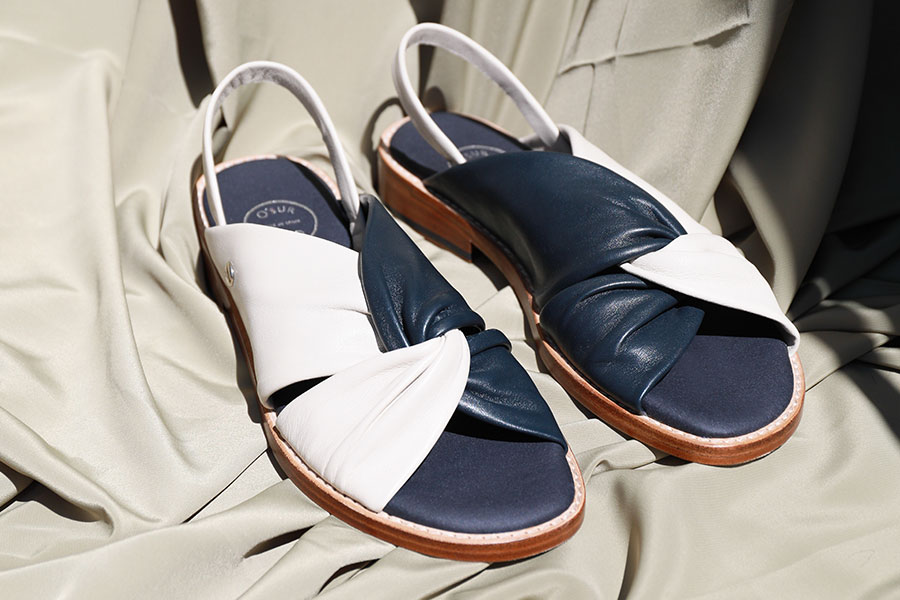 The Roman sandal was key to building the Empire, as caligae allowed the legions to walk vast distances. The soldiers’ feet were able to breathe freely and did not blister. Likewise, the reinforced soles ensured stability in movement and in battle. Without their sandals, the Romans would never have made it so far, nor would they have managed to build what would become one of the greatest empires in human history.

At O.SUR, we are fascinated by the history of footwear and defend its importance and legacy. That’s why our classically inspired Denia and Dara sandals bring this extraordinary Mediterranean tradition back to life. It is our turn to don footwear that links us to our Egyptian, Greek and Roman ancestors. Are you ready?