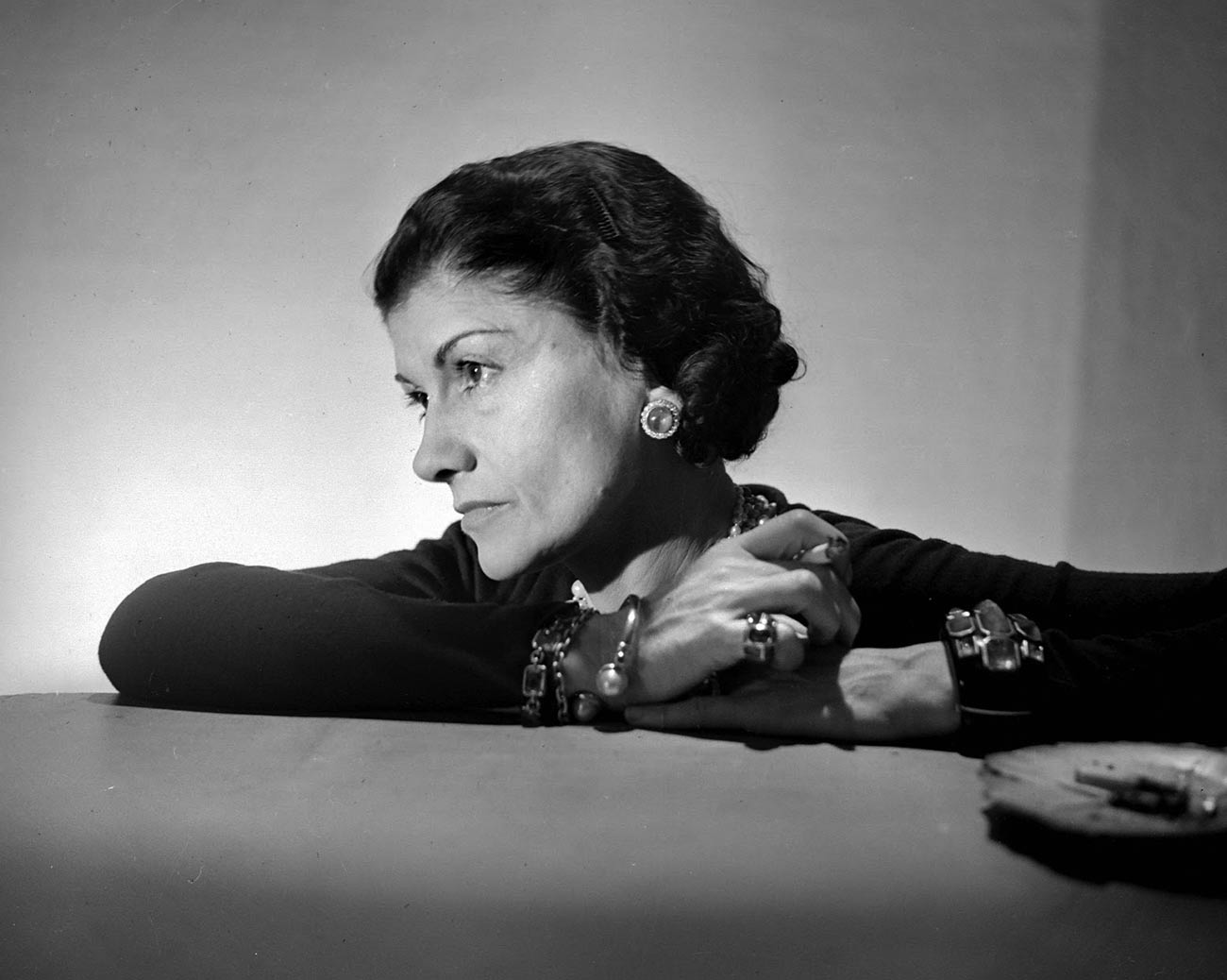 Coco Chanel, the pioneering designer who changed the rules of the game

Coco Chanel was a groundbreaking, pioneering and rebellious woman. At a time when all creatives were men, she established a fashion empire from her hat shop in Paris.

Shoes also played a very important role in her vision of elegance, exemplified by Chanel’s classic two-tone shoes, one of her most memorable creations. Chanel’s philosophy is a genuine inspiration for O.SUR: simple lines, timeless spirit and comfort, which even encompasses her collection of low heels.

Want to know more about this visionary designer? Keep reading!

From humble beginnings to No. 21, Rue Cambon, Paris

Gabrielle Bonheur Chanel was born on 19 August, 1883, in Saumur (Loire Valley, France). Born into a humble family, Gabrielle was sent to an orphanage when she was 12 years old after her mother died of bronchitis.

Her new home was run by nuns, who taught her how to sew. But the young Chanel was never that drawn to a needle and thread, dreaming instead about becoming a singer. She pursued this early passion for some time,singing in clubs in Vichy and Moulins where she was given her nickname, Coco.

Nonetheless, Coco Chanel soon abandoned singing. Although she didn’t really have a clear idea what she wanted to do professionally, the one thing she was sure of was wanting to escape the poverty that had surrounded her until that moment. However, it wasn’t all fruitless. She eventually harnessed this experience and used it to fuel her designs.

The elegant creations that brought her such success are based on a principle of simplicity. Chanel reinterpreted garments worn by the working classes, incorporating progressive ideas that broke with the status quo and using very understated fabrics. Her designs were easy to produce, and even reproduce. Her unique vision led to the so-called “genre-pauvre“. But, how did she get there? 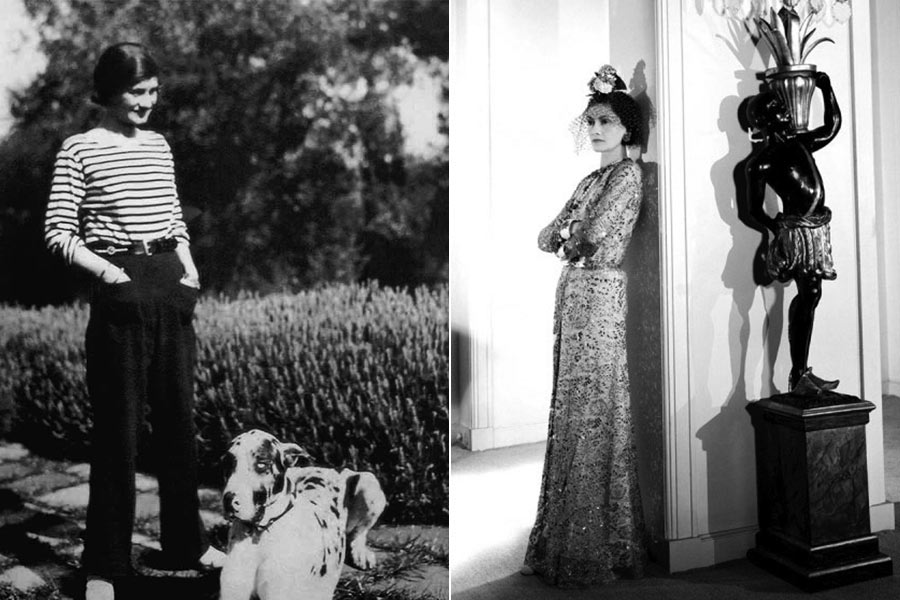 Étienne Balsan was a young, rich bourgeois gentleman Chanel lived with until the beginning of the twentieth century. He helped her launch her own small business as a hat designer, where she applied all her sewing knowledge she’d acquired as a child. At that time, she used Balsan’s bachelor pad as her headquarters, selling her designs to his circle of friends.

However, everything changed when she met Arthur “Boy” Capel, an English polo player who was also a friend of Étienne Balsan’s. Together, they launched a much grander project: Chanel Modes, at number 21, Rue Cambon in Paris. The new store was such a success that they soon opened two others in Deauville (1913) and Biarritz (1915), becoming a household name among the French upper classes. 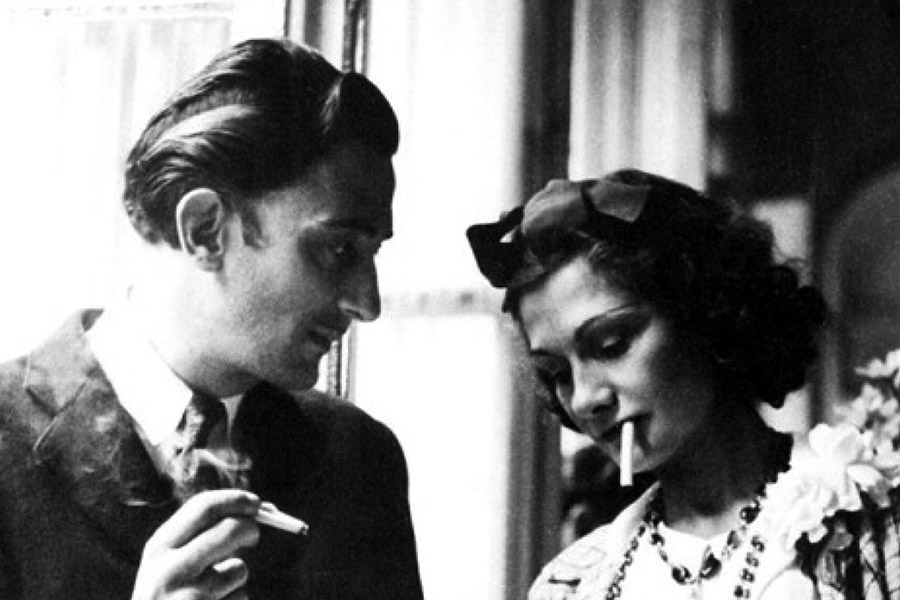 From hats to the little black dress and Chanel Nº5

In 1910, Coco Chanel began to experiment with designing knitted sweaters and dresses. However, her greatest achievement came in the 1920s, which was in part due to the death of Boy Capel, who died in a tragic traffic accident.

Europe was in mourning in the aftermath of World War I. Gabrielle Chanel remained focused on her vision, continuing what she had started with Capel. However, she decided to introduce black into her creations so that women like her could exhibit the fact they were mourning their loved ones. Thus was born Chanel’s little black dress, with a collarless jacket and fitted skirt, a symbol of luxury, elegance and good taste. 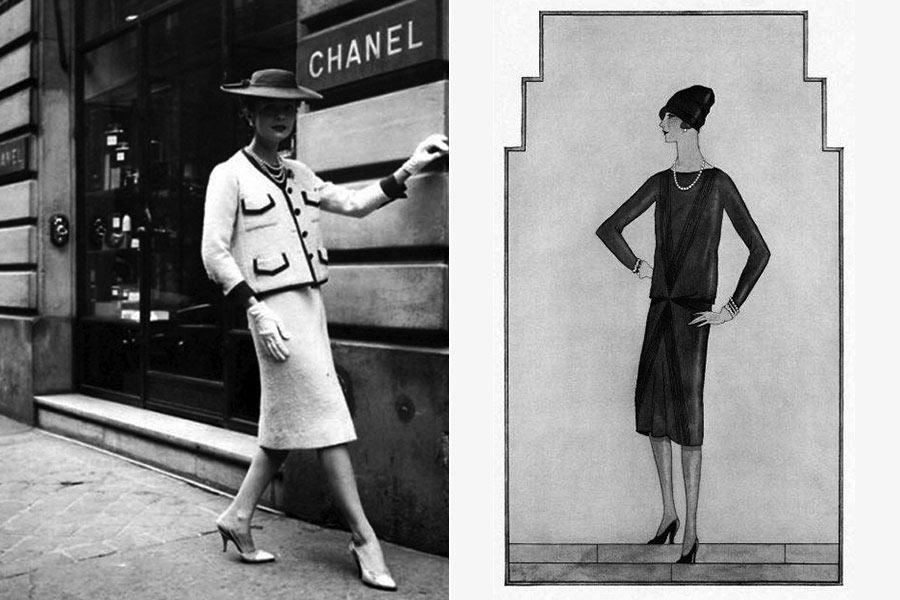 Throughout this decade, Chanel also designed the wardrobe for performances by Jean Cocteau and the Russian Ballet. And it doesn’t stop there. She soon met Ernest Beaux, a Russian perfumer who had previously worked for the Tsars, with whom she went on to concoct the legendary Chanel Nº5. This was the first perfume named after a designer, and the first that didn’t try to mimic the smell of one specific flower.

Despite the fragrance’s success to date, Chanel’s distribution agreement with Pierre Wertheimer, for which she received only 10% of the profits, is one of the decisions she most regretted during her career. It also goes some way to explaining her actions during World War II. 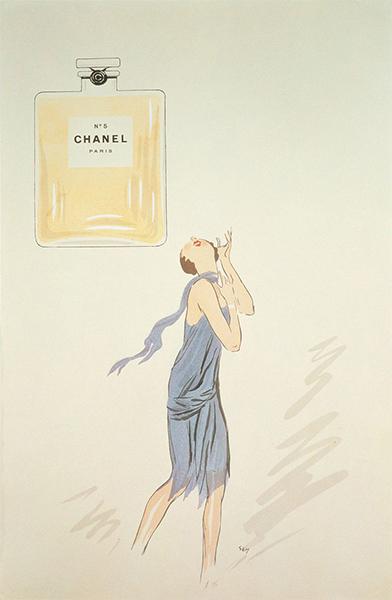 The 1930s was a turbulent decade. The outbreak of conflict across the world and subsequent affected both Coco Chanel and her young company. At this point, Chanel was exclusively selling perfumes and fashion accessories from 31, Rue de Cambon. The company was run by Pierre Wertheimer whilst Coco Chanel was living in Switzerland. They maintained a dispute over the brand until 1947, at which point they renegotiated their agreement.

Gabrielle Chanel always went against the trends of the time. She advocated comfortable luxury (“otherwise, it’s not luxury”), dressing women in men’s sweaters and sailor’s stripes, as well as making trousers and flat shoes soar in popularity. With such a track record, her comeback couldn’t have been expected either!

Out of sheer boredom, as she would later admit, Coco Chanel returned to the world of fashion at 71 years old. She came back with more classic designs, defending her reign over timeless elegance. In the Europe of the 1950s, some people still didn’t get it. But across the pond in the United States, she was a complete hit. One shining example of her popularity in America was Jacqueline Kennedy, who was wearing a pink Chanel dress the day her husband was cruelly assassinated.

Another success was the iconic 2.55 bag, named thus in reference to the month it was launched: February 1955. The combination of black leather and metal chain was a real revelation: for the first time, women could wear a bag that allowed them to keep their hands free.

Nonetheless, perhaps the most emblematic creation of this second stage of Coco Chanel’s career was her two-tone shoe. The design was born from Chanel’s belief in the need for comfort and in defence of low-heeled shoes, the best footwear to emphasise the elegant simplicity of her dresses. 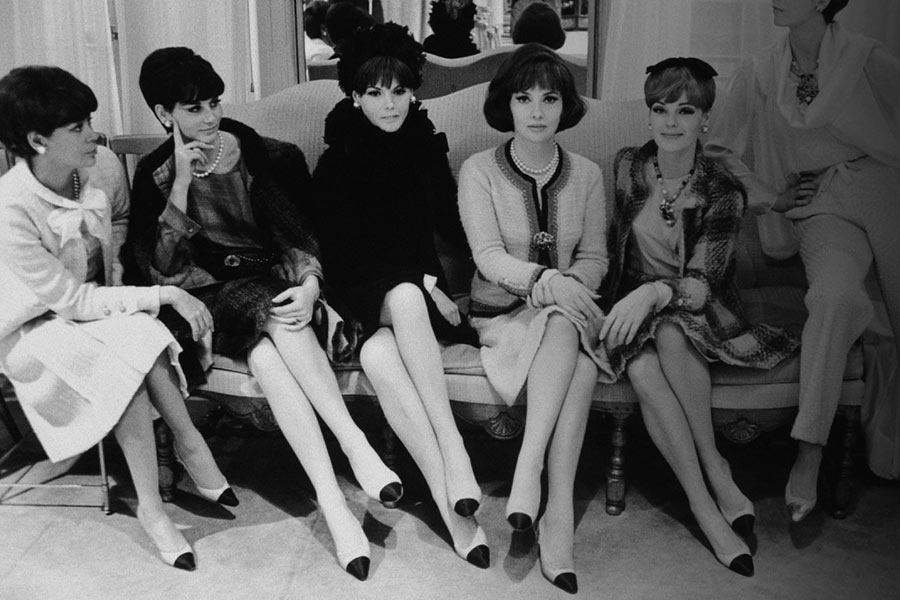 This shoe is a reinterpretation of the Mary Jane, or Merceditas, in Spanish: low heel, closed and rounded toe and a front strap to fasten. They were named after the female character from the comic strip Buster Brown, illustrated by Richard F. Outcault.

In 1957, Chanel demonstrated her talent and ability to surprise once again, by designing her two-tone Mary Janes: a beige body and black toe. The shoe enjoyed great success thanks to its simple beauty, but also to the optical effect of shortening the foot and lengthening the leg.

Gabrielle Bonheur Chanel continued to work tirelessly until her death in 1971, when she was immersed in the preparation of the brand’s spring catalogue. She remains an absolutely innovative figure until today and her legacy is still very much alive, with Chanel collections paying tribute to her personal designs with every coming season.

If you want to know more about Chanel, you can enjoy abundant audiovisual material on the company’s website, with chapters dedicated to different stages of her life and a complete chronology. Many of the images in the post have been taken from, and are the property of, Chanel’s website.