Andrea Pfister will go down in history as a legendary shoe designer, thanks to his creatively free-spirited and cleverly classy creations. Having shined the spotlight on other major figures, such as Ferragamo, Vivier and Chanel, in this post we want to pay tribute to one of the world’s last top designers, who passed away in January 2018.

Excited to find out more about Pfister and his creations? Read on!

Younger years and the makings of sublime footwear

Andrea Pfister was born in Pesaro (Marche, Central Italy) in 1942 to a Swiss family. He found his calling at a very young age, so much so that by the early 1960s he had already received several young designer awards.

His passion for women’s footwear design received a decisive boost when he met Jean-Pierre Dupré, who would shortly thereafter become his partner, professional companion and friend. Together they set out to open their first boutique in 1967 in Paris. 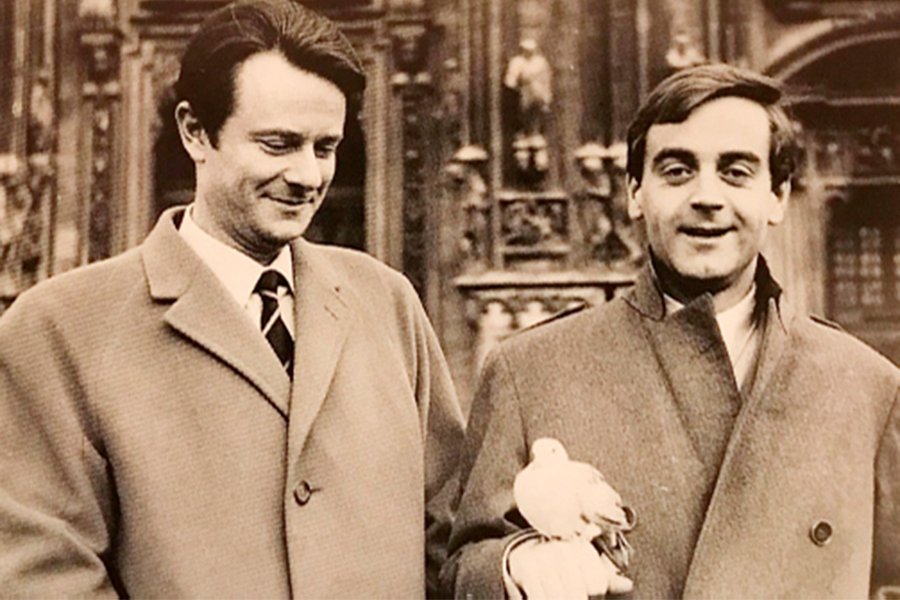 His rise to international fame came after Italy fell head over heels for his meticulously handcrafted shoes. Moreover, Andrea Pfister gave his unwavering support to local industry by manufacturing in Vigevano (Pavia, Lombardy), which would earn the city its renown as “the shoe capital of Italy“.

But what defined his creations? Andre Pfister harboured great respect for Italian shoemaking traditions and designs, but also took new risks to achieve ahead-of-its-time footwear. Each new creation came as a surprise, yet was just as classy as the last. 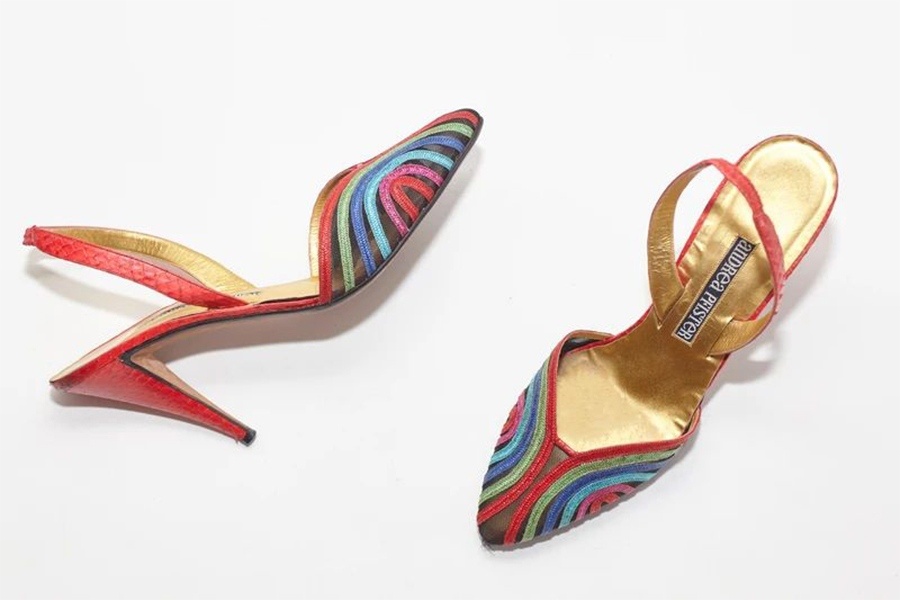 Pfister’s creations are unabashed, seeking to reflect women’s desires as pieces of fleeting, unbridled art. The designer’s creations feature a whisp of irreverence and motifs that no other shoemaker would have fathomed: music, the sea, the stars and even the hands that help the wearer remove them.

Pfister used colour passionately and was fearless when it came to creating striking blends, which is why colour is also a distinctive feature of his designs. Prints, astonishing motifs, vibrant colours and avant-garde lines are some of the legendary designer’s trademarks. Take his iconic line of fruit-heeled shoes, for example.

Andrea Pfister called his shoes “feminine and sexy”, yet bursting with a sense of humour. Moreover, there was one aspect that was absolutely crucial for the designer: his shoes had to be designed to be worn comfortably. No matter how beautiful his shoes were, they had to be wearable. What good would they be otherwise?

Pfister designed heels and adored stilettos, but he always strove to keep them comfortable. For this reason, he also had a soft spot for low heels, flats such as sandals, and boots. In other words, he did not limit himself to one type of shoe that is often associated with pain. 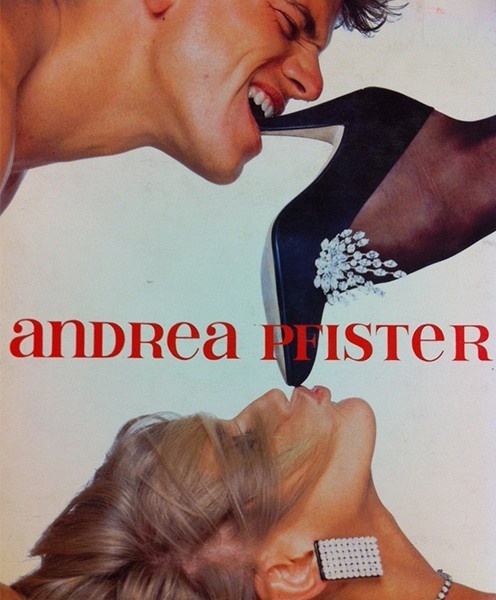 Designs such as his 18-carat gold flip-flops drew the attention of big names in film, music and fashion. For example, Cher was crazy about his high heels whilst Liz Taylor fell for a unique pair of “featherweight” flats.

Pfister’s unique, avant-garde vision left an immense legacy that has had a great impact on contemporary fashion. His creations are studied at universities and fashion schools, but that is not all! They are also on display in museums such as the Pietro Bertolini International Footwear Museum (MIC) in Vigevano and the Metropolitan Museum of Art (MET) in New York City.

In fact, a visit to the MET website to view the nine designs on display is a fascinating experience. The exhibited shoes exemplify the originality, versatility and total creative freedom of the last great legend of shoe design. 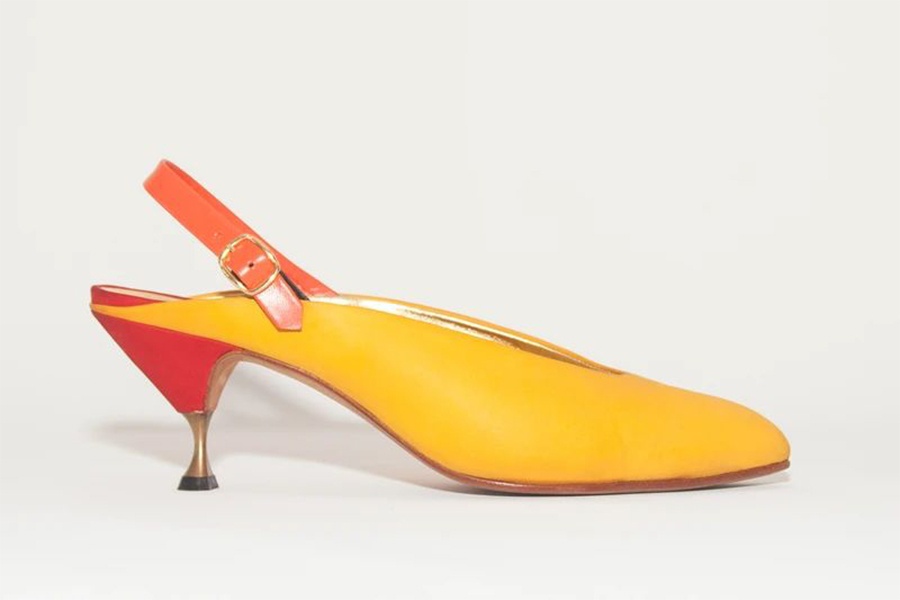 We also invite you to read the heartfelt tribute to Pfister written by Ernest Pisoni, contributor to the Arsutoria publishing group for the tanning sector and current president of the AICC, an association dedicated to quality leathermaking and tanneries in Italy.

What do you think about Andrea Pfister and his one-of-a-kind designs? Let us know! 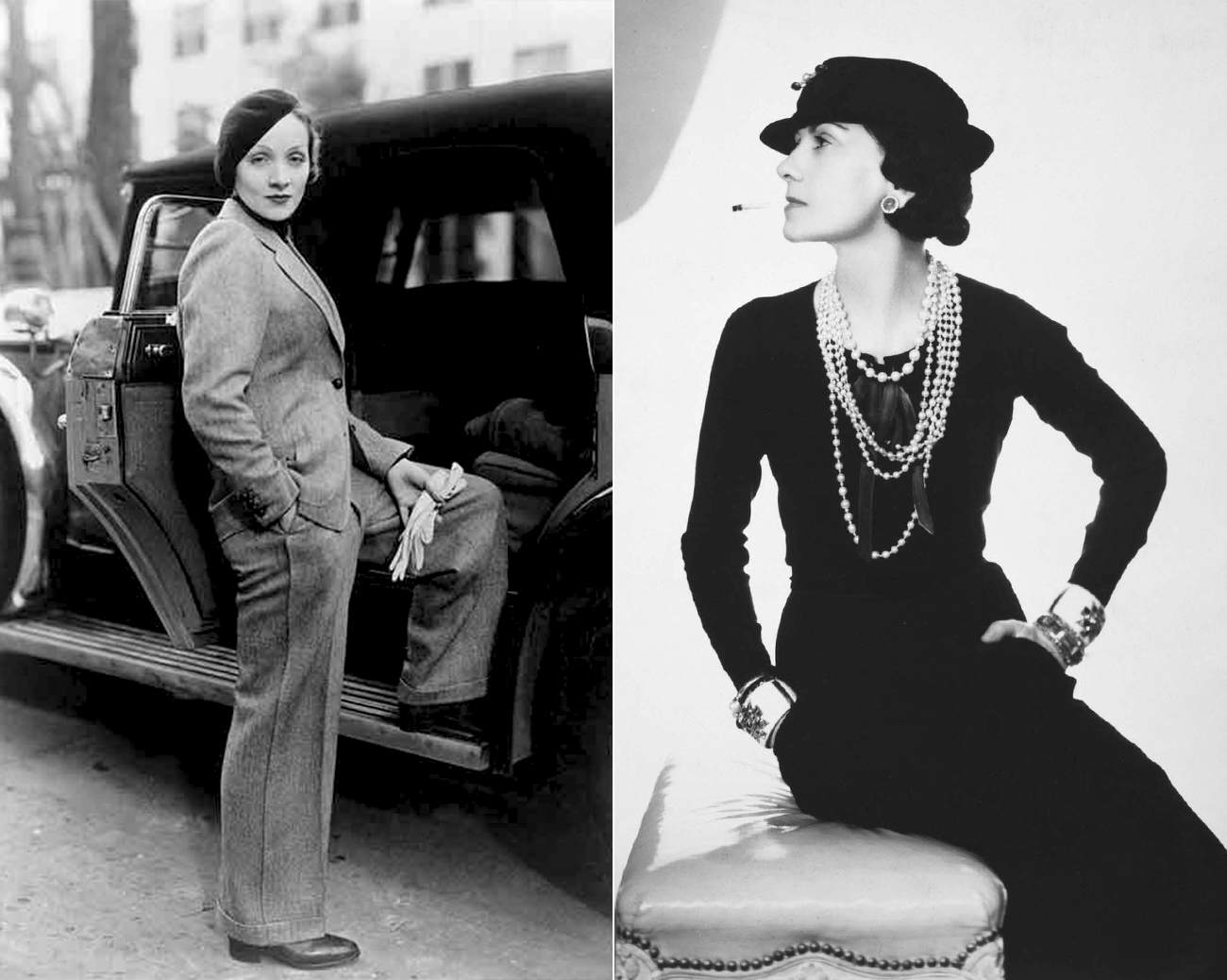